In the presence of sustained DNA damage occurring in S-phase or G2, normal cells arrest before mitosis and eventually become senescent. The checkpoint kinases Chk1/Chk2 and the CDK inhibitor p21 are known to have important complementary roles in this process, in G2 arrest and cell cycle exit, respectively. However, additional checkpoint roles have been reported for these regulators and it is not clear to what extent their functions are redundant. Here we compared the respective roles of Chk1, Chk2 and p21 in DNA damage-induced G2 arrest in normal human fibroblasts, normal epithelial cells and frequently used p53 proficient cancer cells. We show that in normal cells, Chk1, but not Chk2, is involved in G2 arrest whereas neither are essential. In contrast, p21 is required. However, Chk1, but not Chk2, becomes necessary for arrest in U2OS osteosarcoma cells. We find that their ATM/p53/p21 response in G2 phase is defective, like in other cancer cells with wild-type p53, and conclude that cross-talk between the Chk1 and p21 pathways allows them to switch dependency for G2 arrest onto Chk1. Using the specific ATM inhibitor KU-55933 we confirm the essential role of ATM in the induction of p21 for G2 arrest of normal cells. Efficient p21 induction is required for nuclear sequestration of inactive cyclin B1-Cdk1 complexes preceding irreversible cell cycle exit in G2. Our results demonstrate that p21 is able to fulfill the Chk1 functions in G2 arrest under continuous genotoxic stress, which has important implications for cancer chemotherapy. 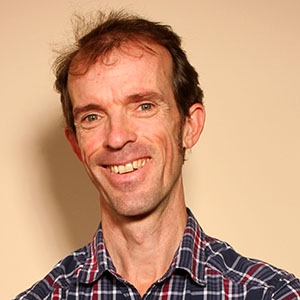