In all eukaryotes, the initiation of DNA synthesis requires the formation of prereplicative complexes (pre-RCs) on replication origins, followed by their activation by two S-T protein kinases, an S-phase cyclin-dependent kinase (S-CDK) and a homologue of yeast Dbf4-Cdc7 kinase (Dbf4p-dependent kinase [DDK]). Here, we show that yeast DDK activity is cell cycle regulated, though less tightly than that of the S-CDK Clb5-Cdk1, and peaks during S phase in correlation with Dbf4p levels. Dbf4p is short-lived throughout the cell cycle, but its instability is accentuated during G(1) by the anaphase-promoting complex. Downregulating DDK activity is physiologically important, as joint Cdc7p and Dbf4p overexpression is lethal. Because pre-RC formation is a highly ordered process, we asked whether S-CDK and DDK need also to function in a specific order for the firing of origins. We found that both kinases are activated independently, but we show that DDK can perform its function for DNA replication only after S-CDKs have been activated. Cdc45p, a protein needed for initiation, binds tightly to chromatin only after S-CDK activation (L. Zou and B. Stillman, Science 280:593-596, 1998). We show that Cdc45p is phosphorylated by DDK in vitro, suggesting that it might be one of DDK’s critical substrates after S-CDK activation. Linking the origin-bound DDK to the tightly regulated S-CDK in a dependent sequence of events may ensure that DNA replication initiates only at the right time and place. 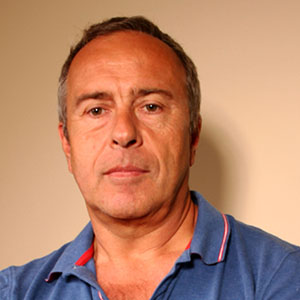